A hidden treasure in Europe, did you know that Slovenia boasts colourful lakes and hidden caves, baroque facades mixed with 20th-century architecture, vast meadows and clean rivers amongst its top attractions? There is an abundance to see and do for the active traveller, the culture lover or indeed anyone looking for a green oasis or health retreat. Whether you are looking for a singles holiday destination, a new ski resort, or a place to holiday with kids – Slovenia has something for everyone. So, here is a little taster of what this beautiful small country has to offer. These 5 top attractions count amongst our personal highlights: 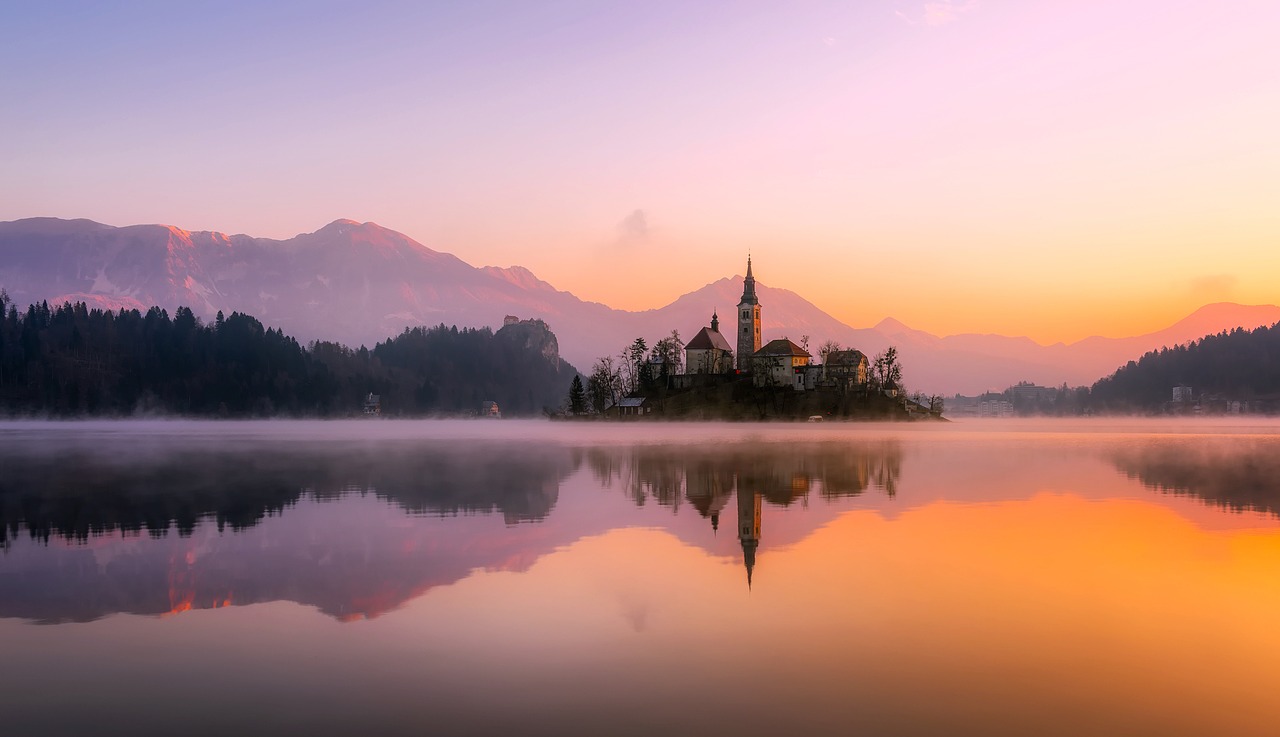 Lake Bled is one of the most beautiful Alpine lakes in Europe, emerald green in colour, with a picture-postcard church on an islet and the striking medieval Bled Castle on a cliff top. The lake is surrounded by some of the highest peaks in the Julian Alps and Karawanks mountain ranges, and one of the most visited places in Slovenia thanks to its stunning natural beauty. A beautiful hiking path leads all the way around the lake, and walking along it through the woods, you are transported back into a fairytale land rather than just along a path. Don’t forget to try the traditional Bled cream cake in one of the many cafés in the village of Bled – a local specialty which has been copied throughout central Europe, but never quite as good as in Bled itself! 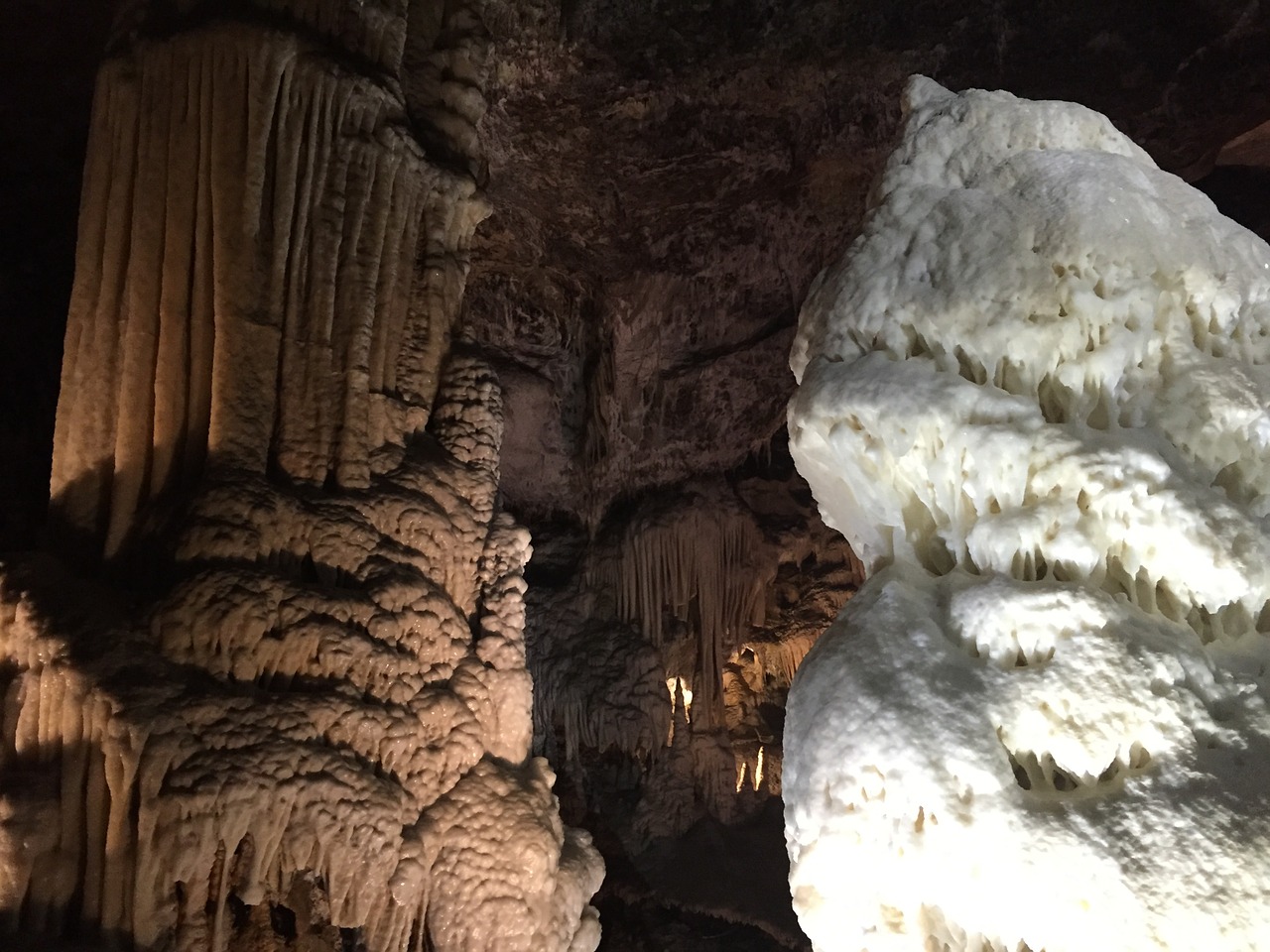 The most-visited network of caves in Europe, the Postojna caves are connected to Predjama Castle, the largest cave castle in the world. Postojna Cave is the only karst cave with a cave railway, which has been in operation for 140 years now. The caves are home to an impressive web of tunnels, galleries and halls with the largest 5-metre-high stalagmite ever found, the ‘Brillant’, the oldest underground post office in the world, and the most famous underground animal Proteus, the human fish. 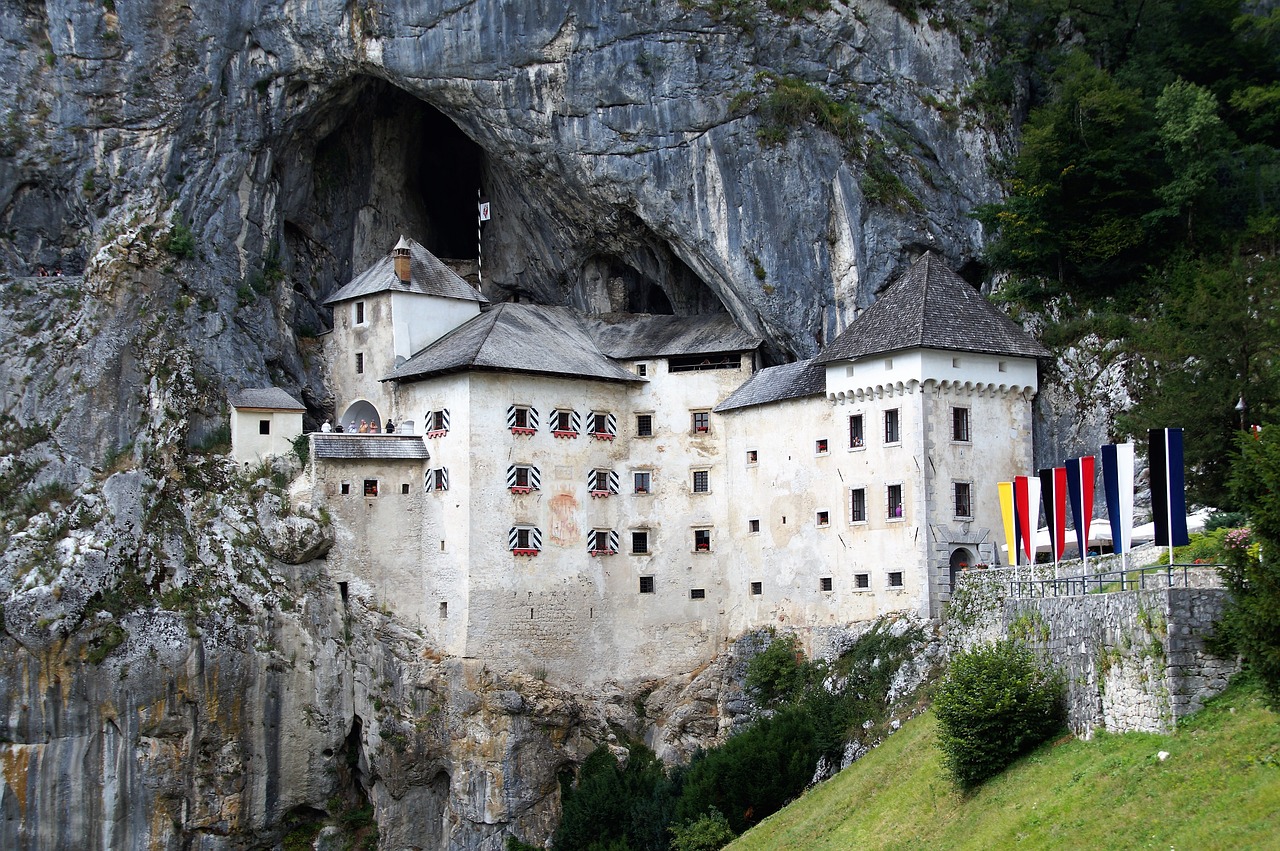 A quite stunning Renaissance castle located near the famous caves of Postojna and built on a 125-metre-high cliff in the mouth of a cavern, this is possibly the most dramatic castle you will ever have seen. Built in the 13th century in Gothic style, it is widely considered one of the most significant and well-preserved architectural masterpieces of its time. Today Predjama Castle is one of the most-visited tourist sights in Slovenia, and houses a museum depicting everyday life in the 16th century, including an armoury, dungeon, halls, living quarters and other castle facilities. 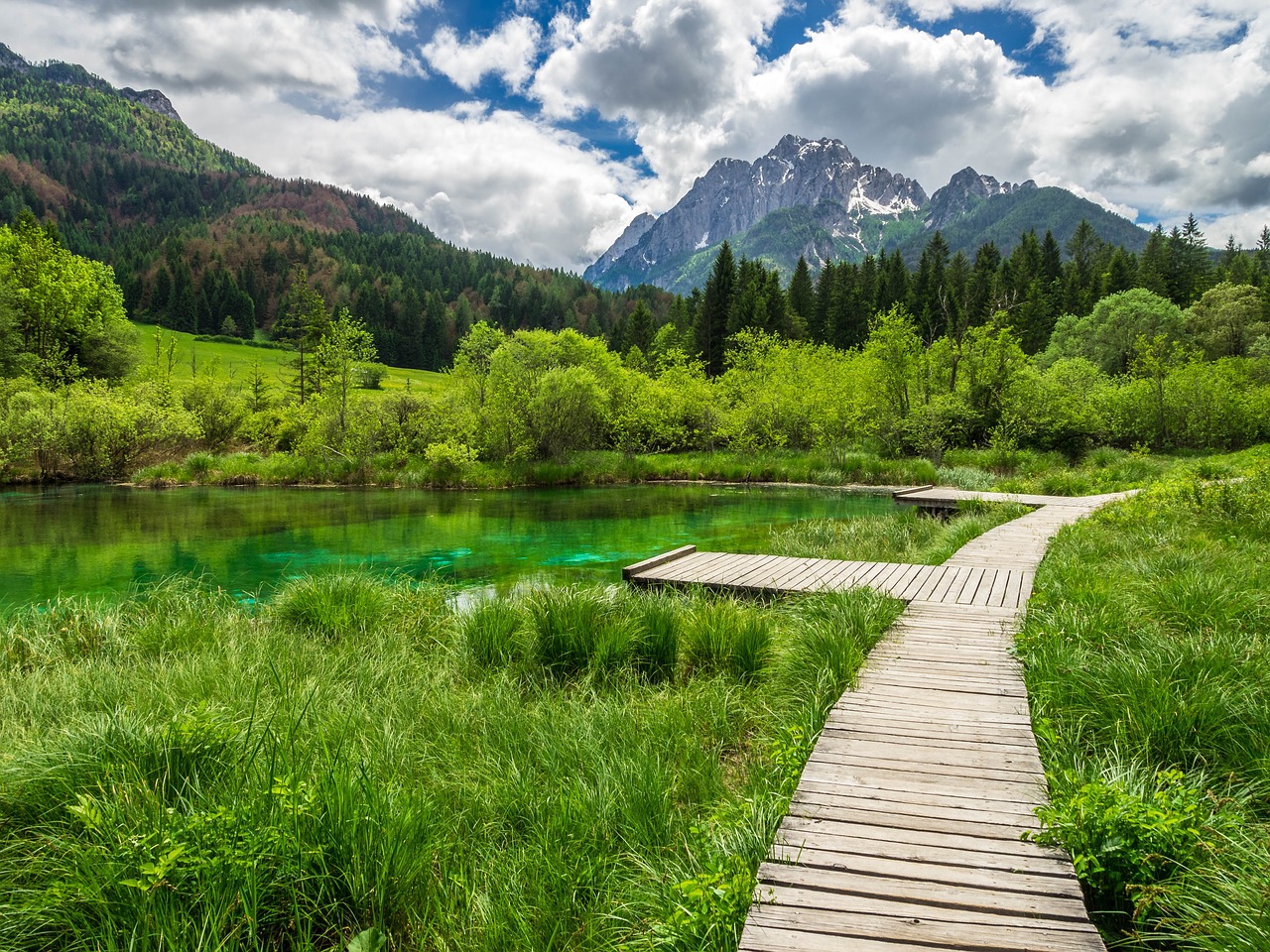 Slovenia’s only national park, Triglav was named after what is the highest peak in the park and in Slovenia itself. A unique area of protected nature in the Alps, the park is home to a vast range of plants and wildlife including brown bears and offers an endless number of hiking routes, the outstanding Vintgar Gorge and the Savica Waterfalls – a paradise for all lovers of nature and the outdoors. 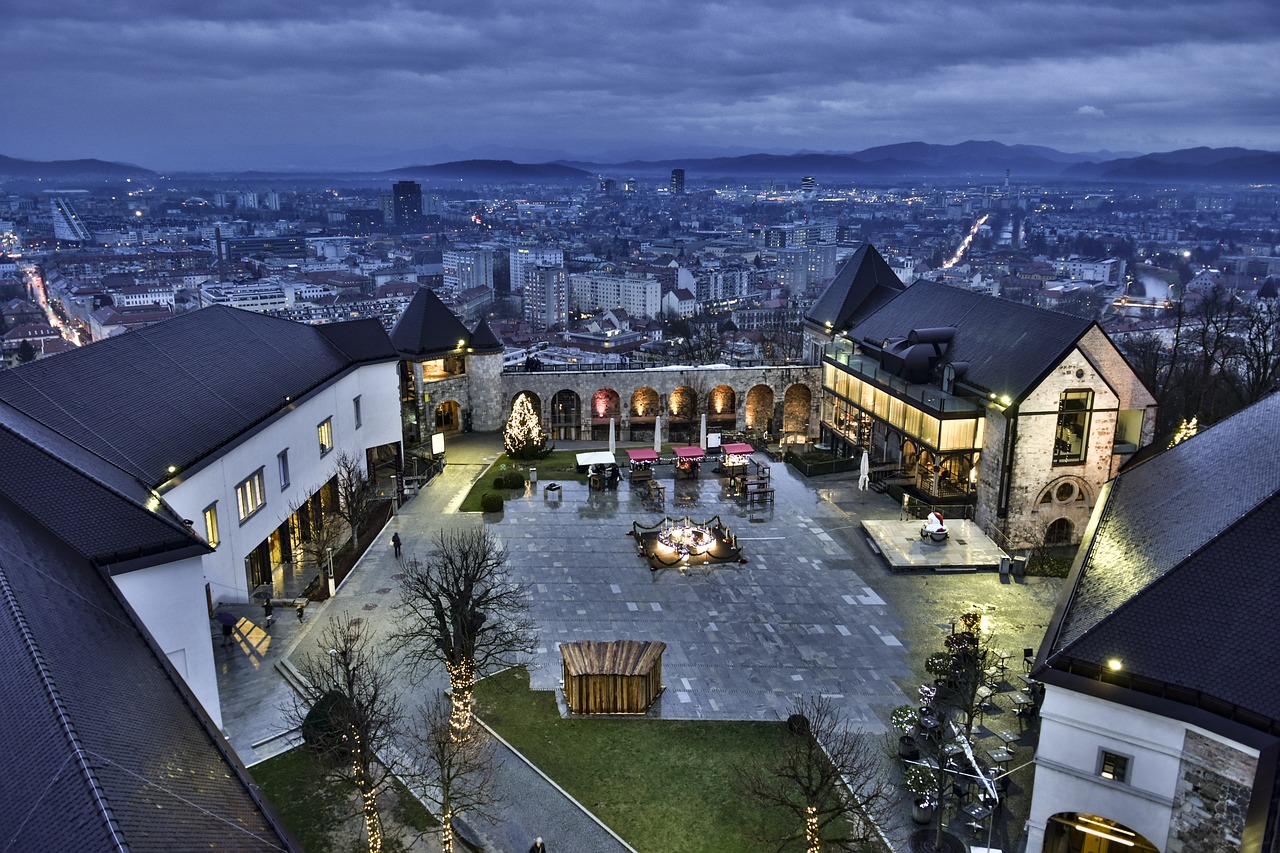 No trip to Slovenia would be complete without a visit to its picturesque capital Ljubljana – voted ‘Europe’s Green Capital’ in 2016. With just under 300,000 inhabitants, Ljubljana is one of the smallest capital cities in Europe. Its people are incredibly welcoming and friendly, have a good sense of humour, and with 23 university faculties and three academies dotted across the capital, it has a youthful feel and pretty well all the locals under 40 speak great English. The main sights of this beautiful green city include the Old Town, along the Eastern banks of the Ljubljanica River – with its cobble-stoned lanes and famous fruit and vegetable market, the most picturesque quarter of the city – the Dragon Bridge, with four green dragons, the city’s landmark, and the imposing medieval Ljubljana Castle, which overlooks the city from a hill south of the Old Town.

Intrigued? Join us on our solo holiday in Slovenia and we will show you the top attractions in Slovenia in a fun 3-day programme, or check out our other holidays for  solo travellers.