We live in a time where people are quickly becoming more socially responsible and want to live environmentally conscious. Yet many of us are still unsure exactly how to reduce our carbon footprint when travelling. Flying is often the quickest and most convenient – and, in fact, the safest way of travelling. But how bad is flying for the environment, and is there such a thing as a green airline?

Aviation contributes approximately 2% to the world’s global carbon emissions, according to the International Air Transport Association (IATA). Some might say that this is a relatively small contributor to global greenhouse emissions, but flying – even if it is just for the occasional holiday – will make up a large share of most people’s personal carbon footprint. If choosing a more sustainable mode of transport to get you to your chosen holiday destination is not an option, then consider reducing your carbon footprint in other ways, for example, by choosing a green airline. Single Parents on Holiday had a look at what airlines are doing to become greener, how their carbon footprint is measured and what our single parents and solo travellers can do to fly more responsibly. 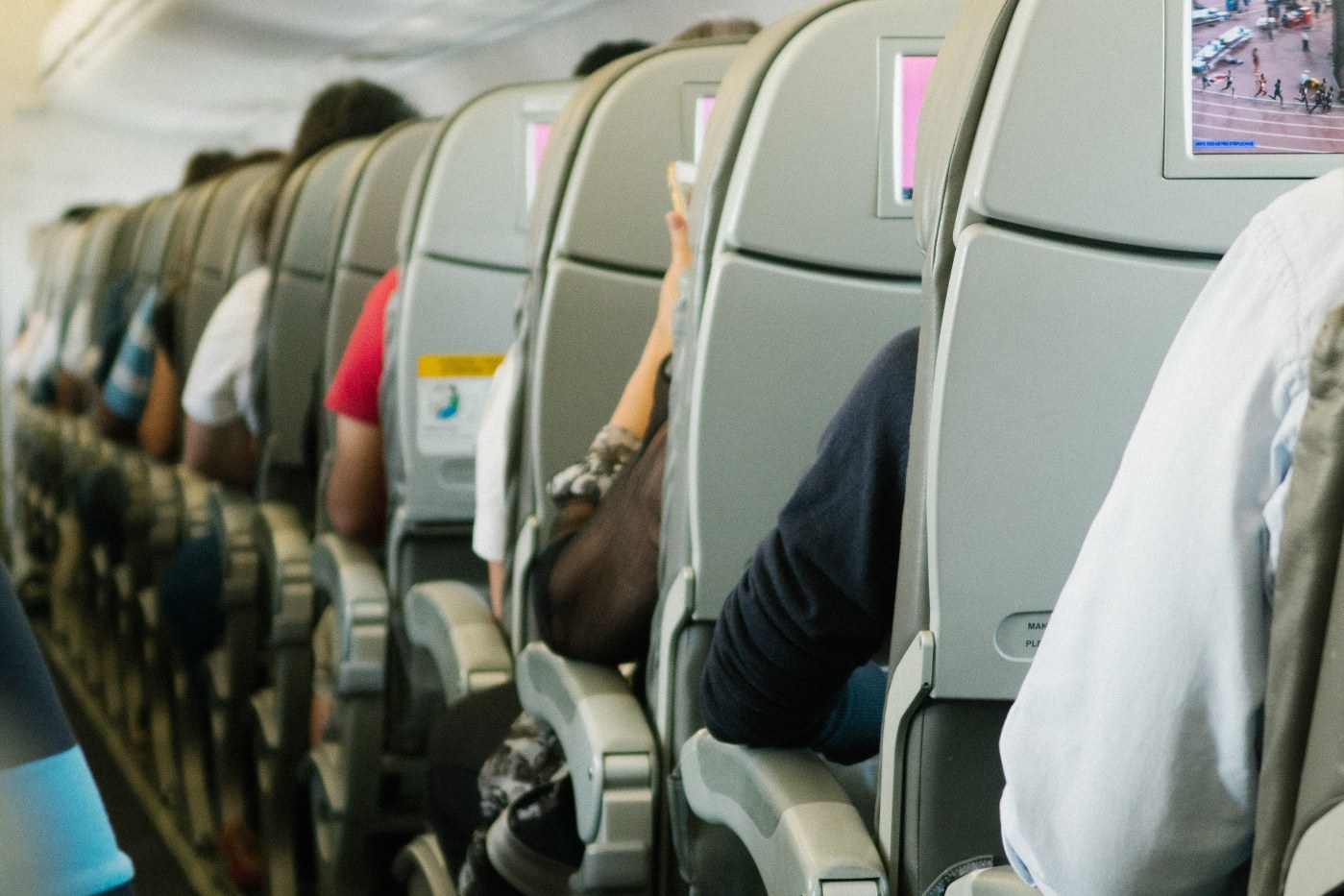 KLM, Europe’s largest airline group, and possibly the oldest airline in the world, started working on climate-friendly alternatives to conventional kerosene as far back as 2011. The Corporate SAF (Sustainable Aviation Fuel) Programme began in 2012 and includes alternative fuels using organic raw materials that do not cause deforestation, impact food production, or otherwise harm the environment. It also produces sustainable synthetic kerosene made of CO2, renewable energy, and water.  The programme is supported by 16 corporates whose investments funds the hefty premium required to produce sustainable aviation fuel. In return, these corporates reduce the carbon footprint of their business travel.

The Dutch airline is also a strong supporter of improving fuel efficiency with newer, more energy-efficient technology both in the air and on the ground. By gradually replacing their fleet with newer models, which can emit up to 31% less CO2, KLM was able to significantly reduce their carbon footprint. On the ground, they have reduced waste as well as water and energy consumption aiming to be carbon neutral by 2030. In addition, the airline is piloting a circular recycling project, which encompasses the collection and reuse of plastics on flights. KLM’s goal is to use 10% SAF by 2030. This figure may sound small, but demand of biofuels and synthetic fuels across the aviation industry is very low making production extremely expensive. 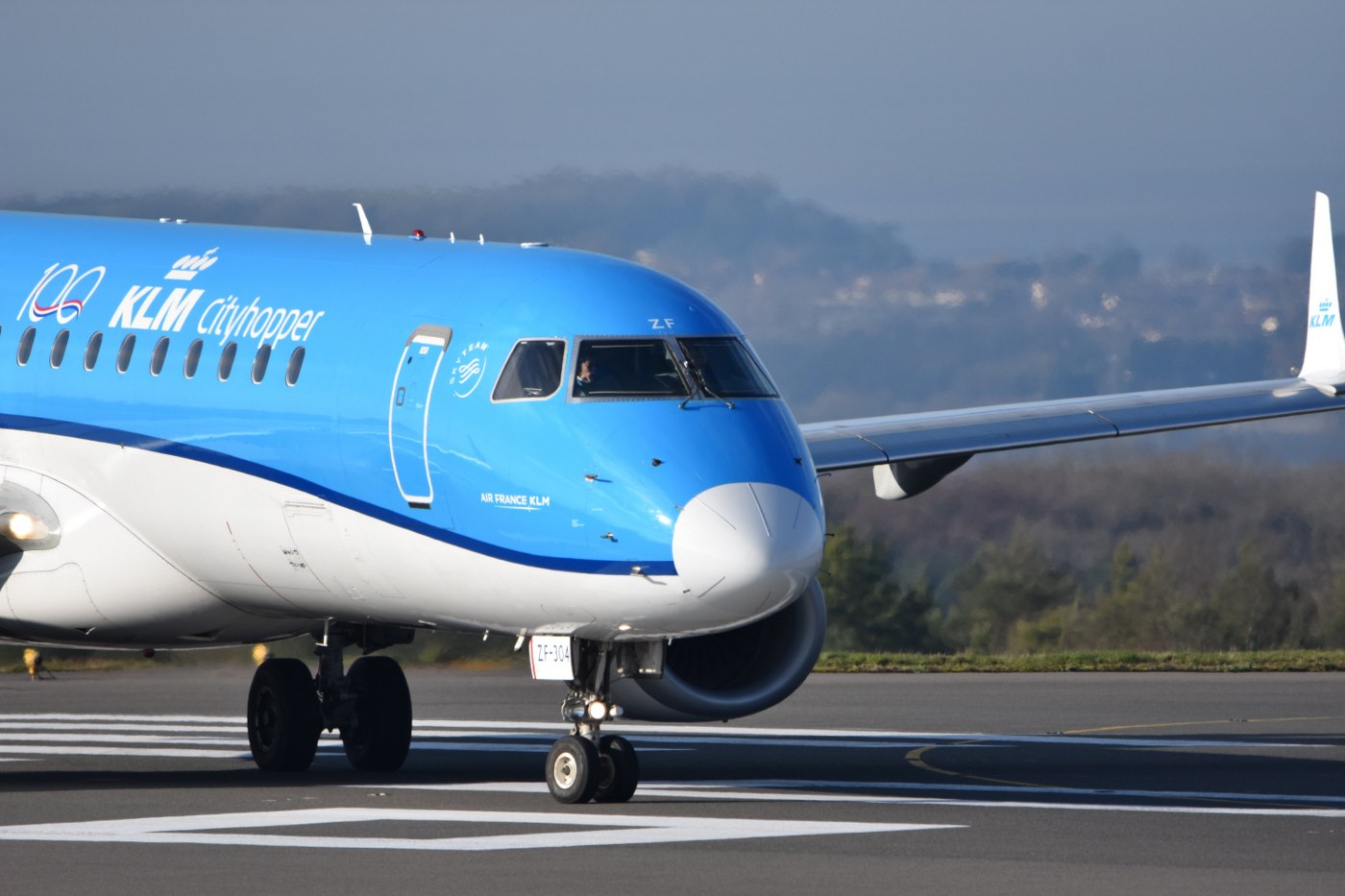 Widely viewed as one of the greenest airlines, Virgin Atlantic has been at the forefront of developing eco-friendly air travel for 15 years now. It has one of the youngest and lightest, and thus most energy efficient fleets. This has led to a carbon emissions reduction of more than 20% since 2007. Their sustainability programme “Change in the Air” invests in research into alternative aviation fuels, waste reduction, and buying from responsible sustainable suppliers. This starts with sustainable staff uniform through to responsible food sourcing. Suppliers are not only checked for their green credentials, but also to ensure people are treated with dignity and respect and animal welfare standards are met.

The airline’s goal is to reduce its carbon footprint by 15%, including 10% of sustainable aviation fuel by 2030. Their goal is to be carbon neutral by 2050 – a full 20 years behind KLM.

British holiday airline TUI Airways ranks amongst the top eco-friendly carriers for medium and long-haul flights. According to Atmosfair Airline Index who last published results in 2018, TUI Airways came top for two years in a row in these two categories whilst its Germany counterpart, TUI Fly, came in 4th place. This is mostly due to the use of carbon efficient planes, which use approx. 20% less fuel, reducing the weight of their fleet and making flight routes efficient.

According to TUI, the company has reduced their CO2 emissions by almost 14% since 2008. Unfortunately, there is little up to date information available neither on the use of biofuels, nor if TUI is planning to be carbon neutral at any point. What we know is that TUI use 100% green energy in their office buildings. In addition, they have drastically reduced the on-board use of single-use plastics (cutlery, wrapping, etc.) since 2018 and are trying to source sustainable products for their onboard retail range. Every little helps. 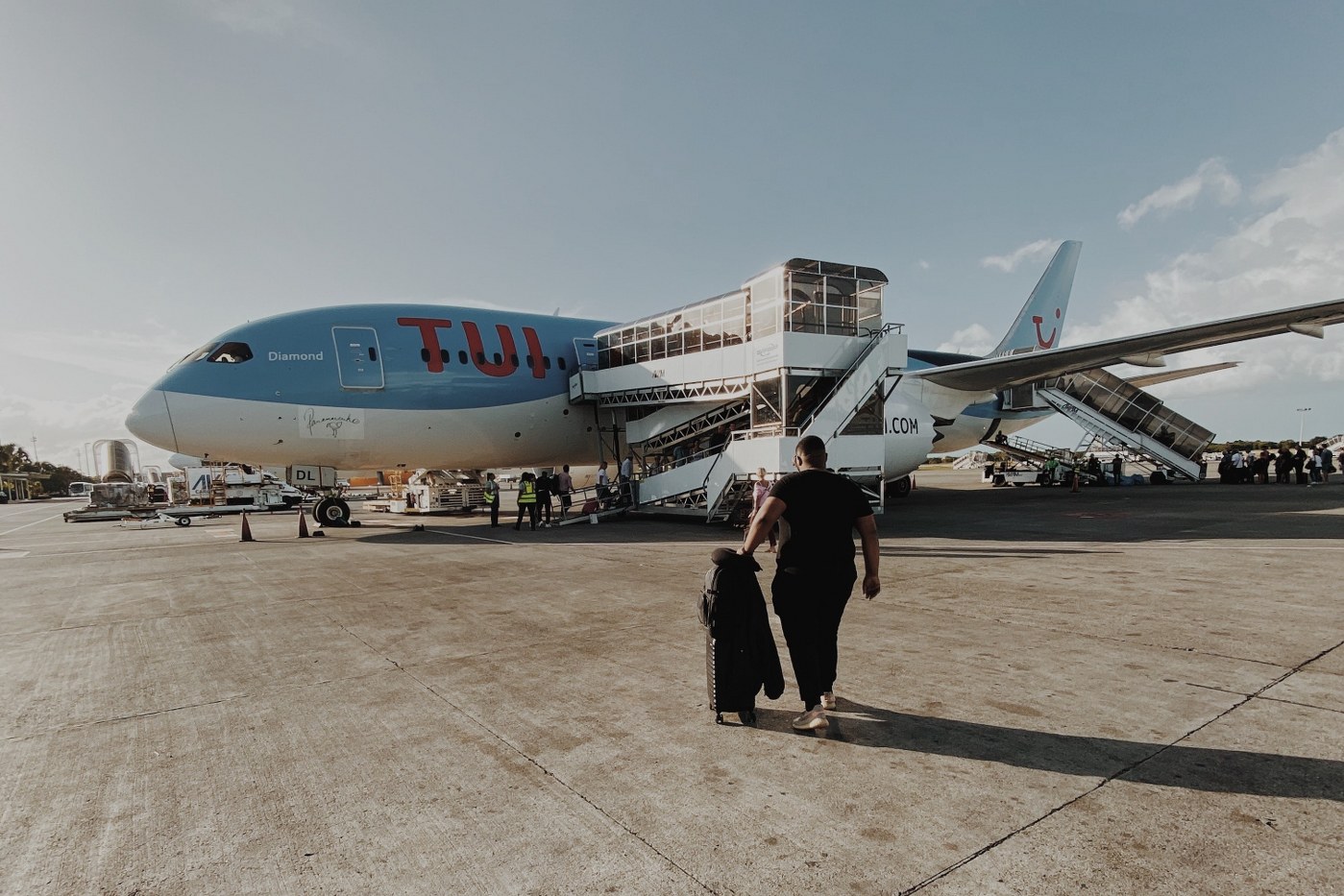 If you measure solely carbon emissions by passenger, Easyjet won the race in 2020 according to the London School of Economics. A lot of this has to do with the airline trying to fill their planes to capacity, which equates to a lower carbon footprint per individual. Another factor is aircraft age. The university’s study compared 17 airlines’ emissions between 2017 and 2020 and ranked their progress. The study appears to focus solely on carbon emissions, and one cannot help but wonder if selling tickets at bargain prices to lower the carbon footprint per capita is the right way of measuring carbon footprint.

How is the carbon footprint of airlines measured?

One point that has become apparent whilst writing this article, is that there are many ways of measuring carbon footprint making it difficult to compare different airlines. The most obvious one is to measure the tonnes of CO2 produced by each airline per year. This depends on many factors however, from type of aircraft, weight of load (passengers, freight, etc.), route taken, seat capacity, cruising speed, etc. – you get the picture. Other methods include waste reduction and recycling, use of sustainable supply chains, use of renewable energy on the ground, and possibly the most controversial – offsetting CO2 footprint by planting trees, for example. This is effectively compensating for pollution rather than working on reducing emissions. With current technology, and high expectations from customers, airlines are struggling to reduce their carbon footprint enough to satisfy eco-conscious customers and so focus on the quick-wins or try a bit of everything – which is not necessarily a bad thing but can be misleading. 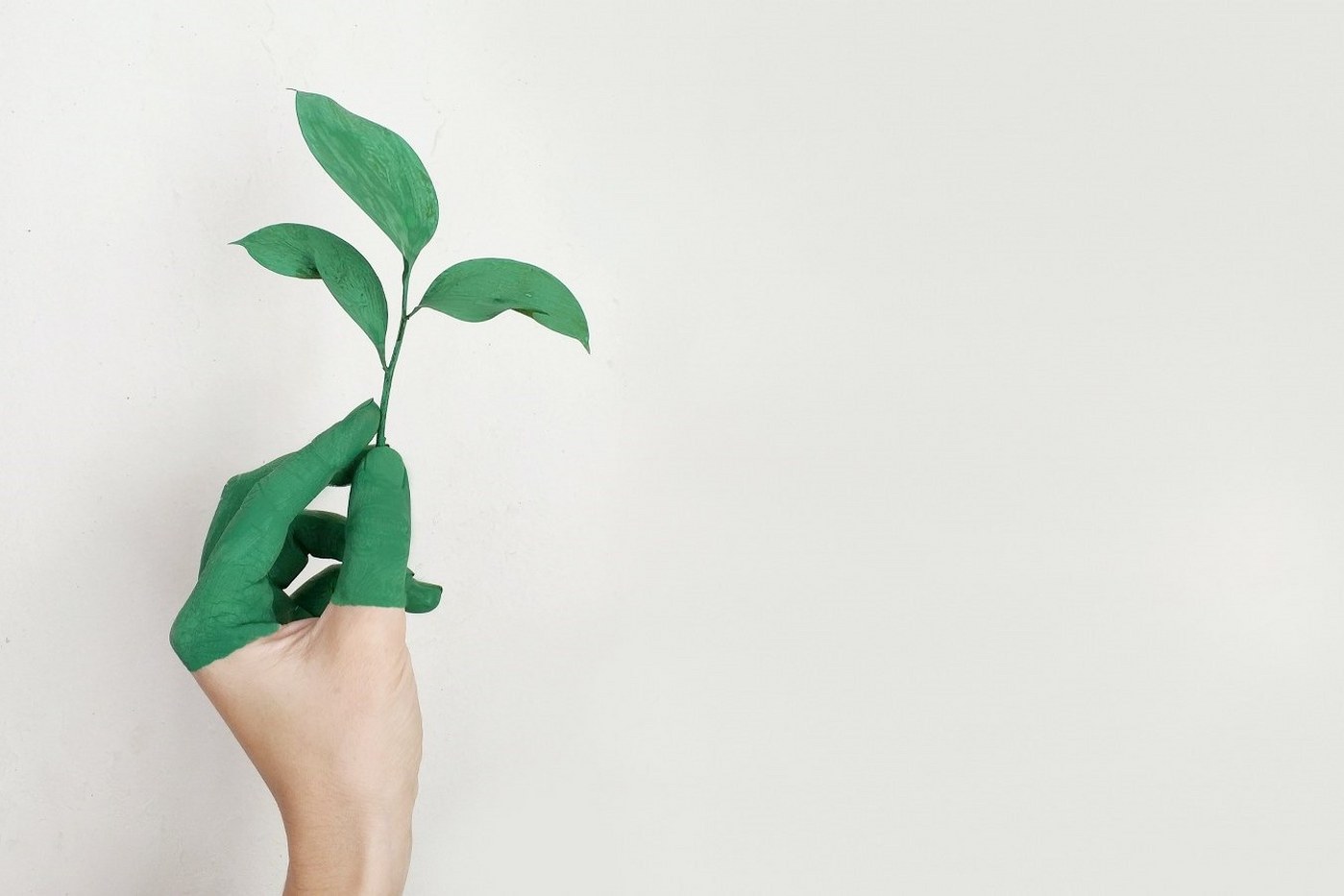 How can passengers reduce their carbon footprint?

Some factors, such as how full the flight is (reducing an individual’s carbon footprint) are outside of your control, but there are a few things you can do to make your flight more sustainable: choosing a direct flight, booking economy seats, travelling light, and choosing a green airline. These are all good starting points to making your flight as energy-efficient as possible. You could also offset your flight’s emissions by purchasing carbon offsets. Such voluntary schemes are designed to “make up” for the emissions your plane ticket has caused. This is effectively no different to airlines offsetting CO2 levels.

Whilst the green credentials of some airlines appear solid and promising, it is currently incredibly difficult to get a true picture of airlines’ true emissions. The only way customers can make responsible decisions when it comes to green air travel would be a common set of metrics for airlines to report carbon emissions. There is some hope for the eco-conscious traveller: The CAA is currently working on a proposal for a standardised methodology, and the UK government has announced new carbon reporting legislation for the UK largest companies. We will watch developments closely because sustainable travel is close to our heart, and we all have to do our bit to reducing our carbon footprint.