Top tips on how to approach dating as a single parent. 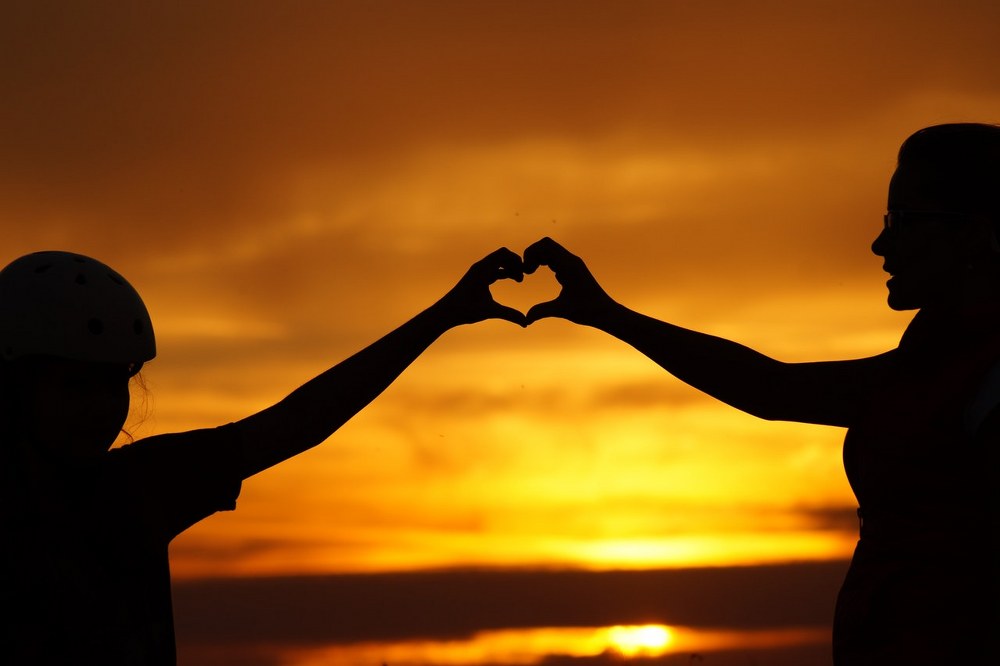 If you’re a single parent dating, chances are you’ve been through a lot – be that divorce, donor conception or both! Sometimes when the loneliness is kicking in hard it can feel like anyone will do. Many of us have agreed to a second date when we really weren’t that interested. While there’s nothing wrong with giving people a second chance (first dates can be awkward for anyone after all), stay strong and stay true to yourself. You and your kids deserve someone who gives you what you want as well as what you need and if you’ve got this far in life solo, there’s no need to settle for second best. So, learn to set strong dating boundaries. 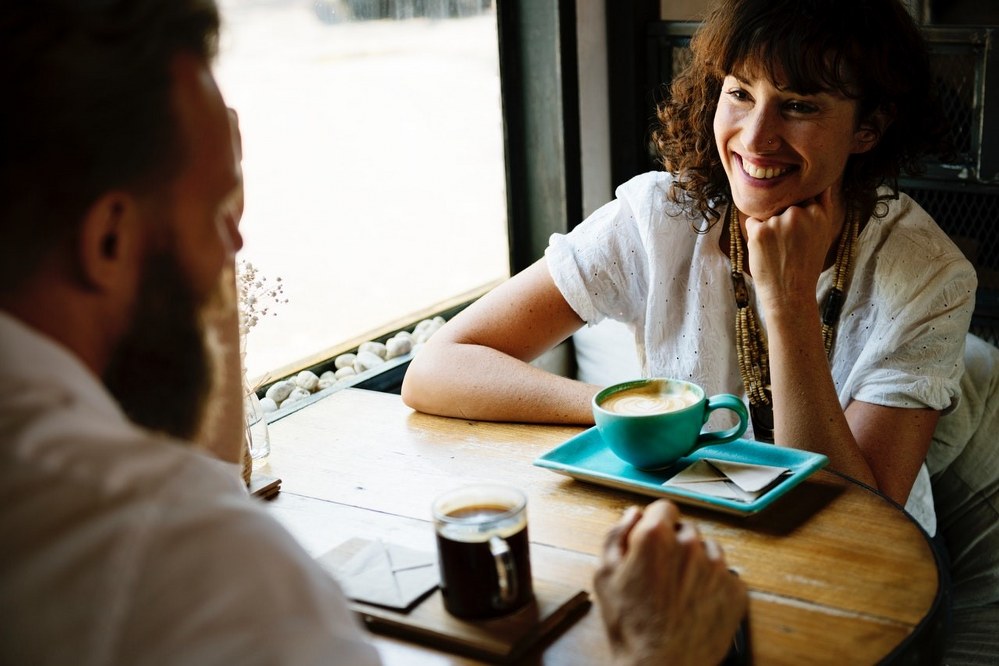 Put yourself out there

As a single parent dating you are likely to find yourself judged from every side – if you’re online you’re easy. If you aren’t putting in the effort, you’re lazy. The reality is though, unless you get out there, you’re unlikely to meet someone from the comfort of your couch. As single parents we know we won’t get handed things on a plate, single parent dating is no different – it’s unlikely someone will hand us the love of our life, or the next fun thing. So, get up and get out! Be brave and ask people out if you like them. When I’m at the park with my five-year-old and he wants a playmate but is too scared to approach the other children, I always ask him, ‘what’s the worst that can happen?’ Usually our fear of rejection is much worse than any actual rejection could ever be. So, stop hesitating, start doing. 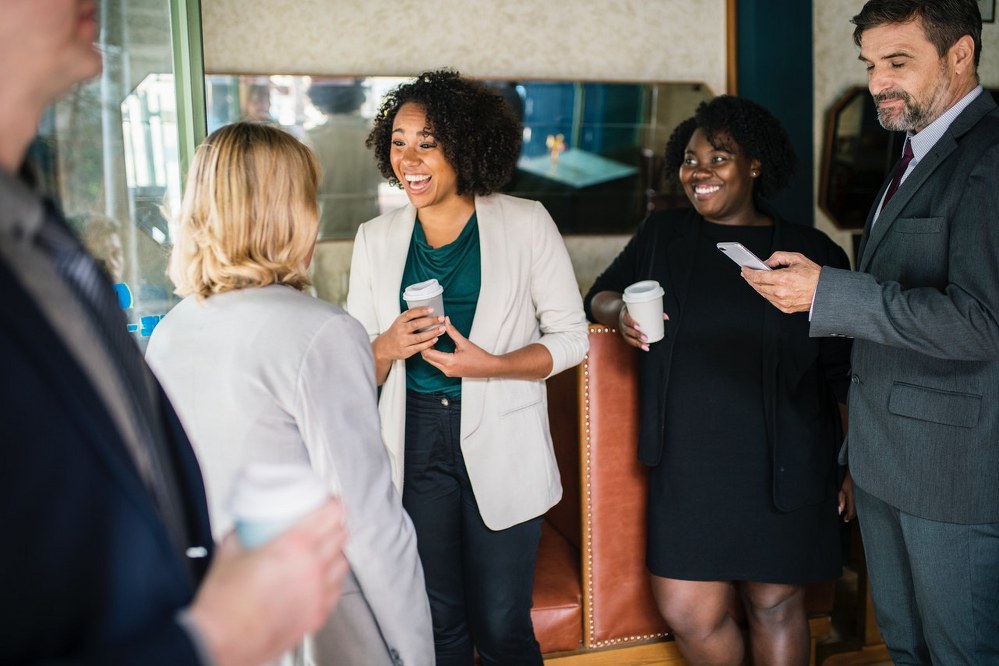 There are soooo many places to meet other single parents for dating. Be that real life (yes, it can still happen!), online, or a dating event. Work out what kind of places attract the people you’re in to. Online dating sites all have different angles. Some offer large numbers in one place like Tinder, POF and OKCupid. While this guarantees quantity, for some single parents dating it can be overwhelming and means a lot of sifting through the duds before you find a gem (or two!) There are other apps and sites which have a more specific angle, like bumble (where only the women can initiate conversation). This tends to attract more independent women, and men who prefer them, while Guardian Soulmates is more likely to bag you a leftie. For the religiously affiliated there’s an array of websites out there, like Single Sikhs, Muzmatch (Muslim) and Christian Connection which do what they say on the tin. And of course, the specialised single parent dating sites where you can connect with other single parents.

Another option for single parents dating is the dating agencies/ introduction agencies who’ll do some of the hard work for you. When it comes to dating events there’s all sorts out there, cycle speed dating for those who like riding a bike, and spiritual/deep dating events for those fed up with the fast paced nature of swiping apps. Of course, there’s also still the old-fashioned approach of joining a group where you can meet people with similar interests – walking groups, drawing, a local political party, pub quizzes – you name it. There are also single parent groups where you might be lucky enough to meet up with someone in a similar situation who also tickles your fancy. 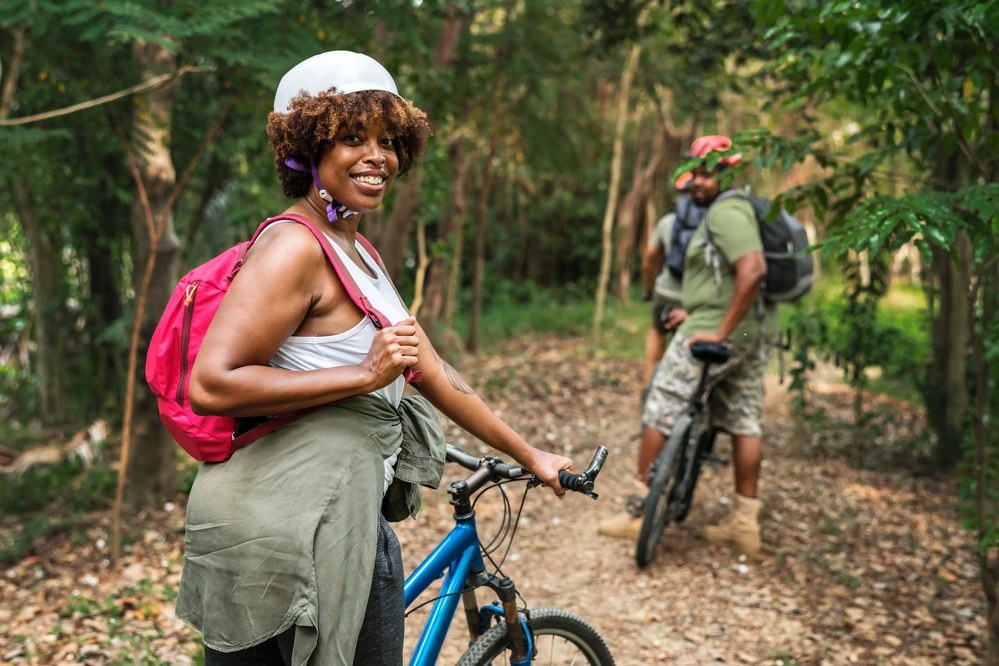 Take time for yourself

Everyone talks about loving yourself before you can meet someone else and – personally – while I take this with a pinch of salt (isn’t it easier to love yourself when someone else does too???), it is important to feel at least vaguely likeable. Making me time is hard as a single parent, let alone a single parent dating, but it’s worth it. Whether that’s a weekly soak in the bath, time to play footie with your mates, or just hanging out with your pals in the pub for a night off from parent duty. When you spend time doing what keeps your serotonin levels up, you’re more likely to give off vibes other people are attracted to. It’s a cliché but it’s true: The happier and more confident you’re feeling, the more attractive you’ll be to others. And, at the end of the day, who doesn’t want to feel happy and confident – regardless of whether it helps in the dating stakes or not. 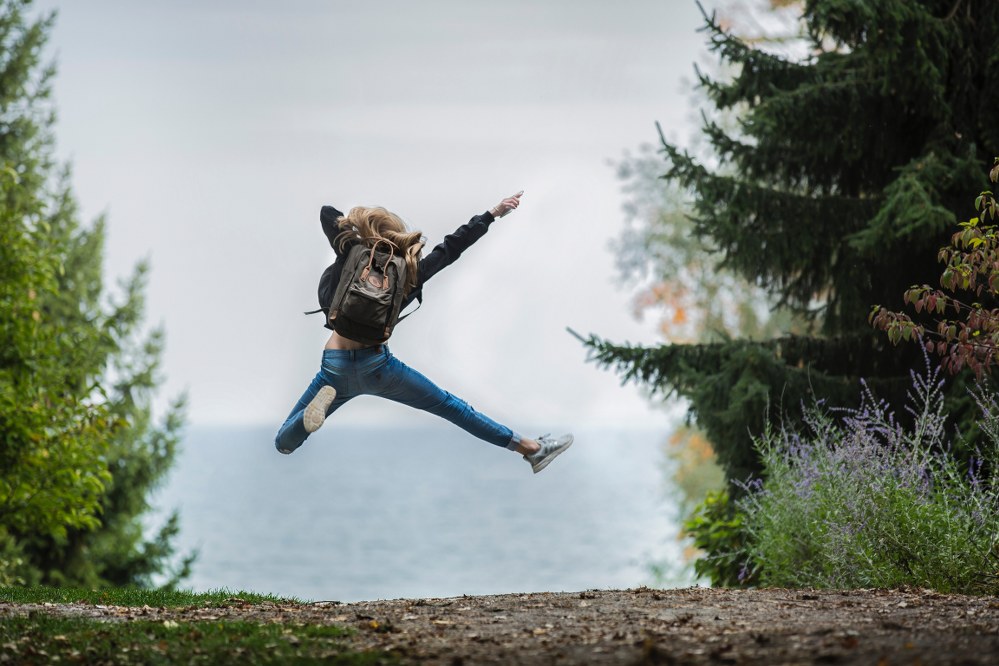 Prepare yourself for the roller-coaster

Single parent dating is not for the fainthearted. Lucky then that most of us single parents are pretty robust. Often, we have been out of the game for a while and it can send you almost mad (speaking from experience) knowing what to say, how long to wait before you message, and all the other teenage antics that seems to be in vogue. Try not to get sucked in and… 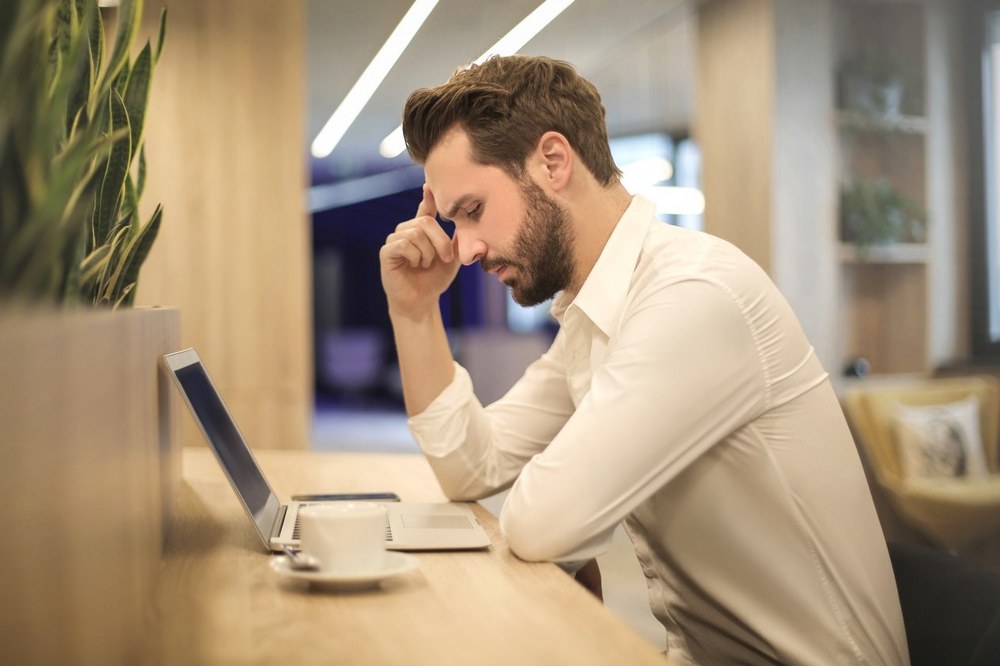 Now, don’t blame me if this doesn’t work, but let’s be honest, as a single parent dating there’s no time to beat around the bush. If you’re into the person, let them know. Tell them up front you don’t have time for games. If I don’t reply to a message for an evening it’s not because I’m playing it cool, I’m probably wiping up vomit from the baby’s cot. Let the other person know that. There’s no point wasting dating opportunities ‘cause you’re all playing it too cool to arrange a meet up when nan and gramps are in town (who doesn’t love a free babysitter). If they don’t get that you have too many responsibilities to play games, then they aren’t for you and it’s their loss. 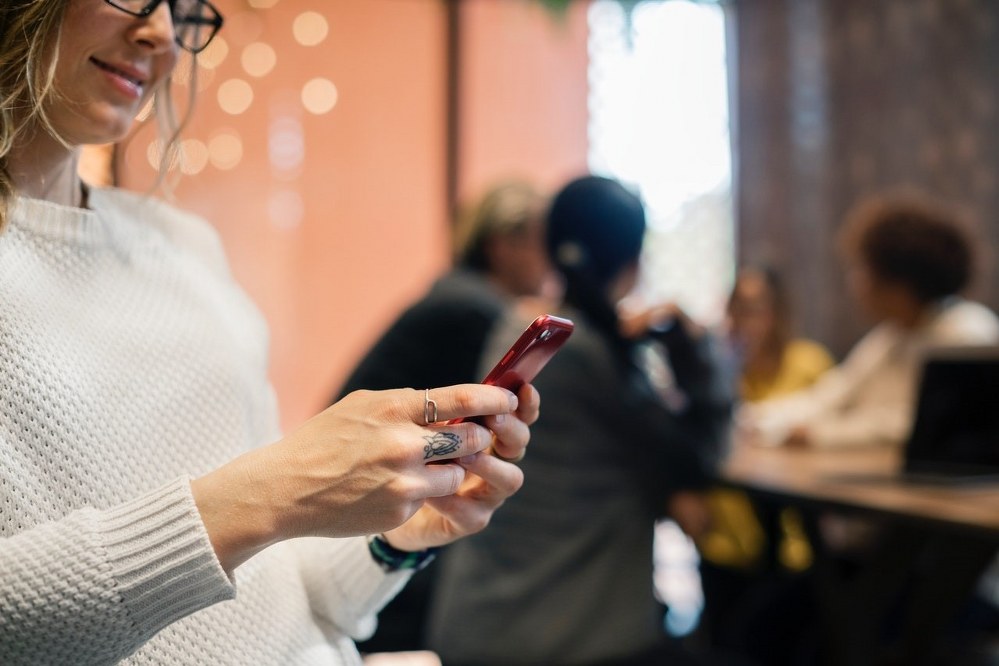 Talk about your kids confidently

It’s not uncommon to hear single parents say they don’t think anyone would want to take on their kids. Forget that. Your kids are amazing. Talk about them with confidence. These kids are not a burden, any wo/man would be lucky to get to have them – as well as you – in their lives. If you talk about them that way, then chances are other people will see them that way too. 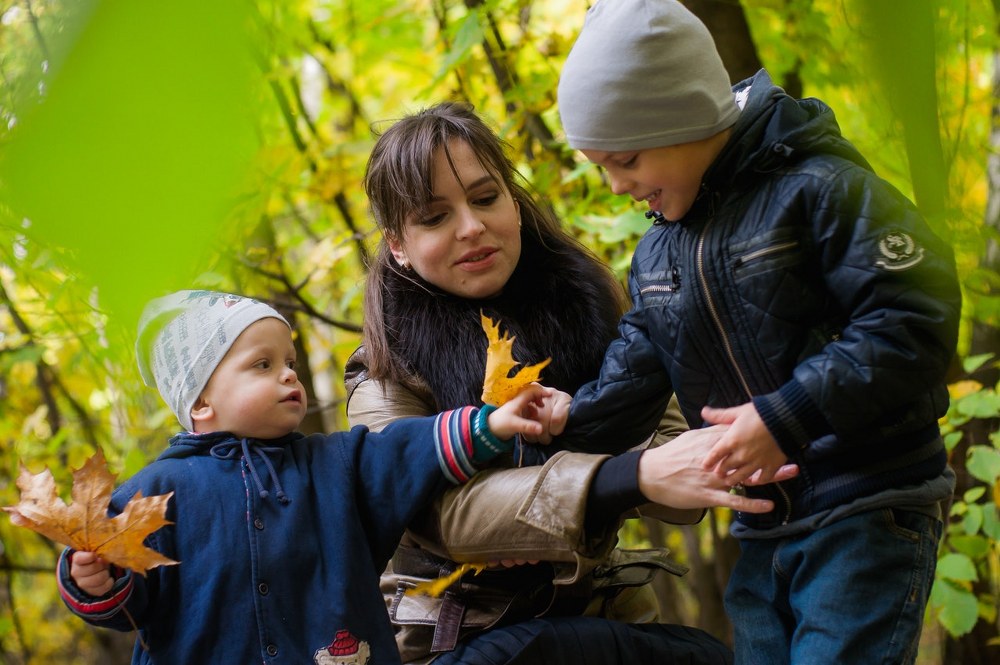 Deciding when to introduce the kids to the new wo/man is one of the biggest – and best – dilemmas of a single parent dating. Although it can be hard when you reach that point, it also means things are going well so all kudos to you! Now, if you were hoping I have the answer to this, I’m afraid you’re going to be severely disappointed. Only you hold the answer to this one and it will depend on your values, your circumstances and your kids’ personalities. Some people don’t have much (or indeed any!) kid free time, in which case introductions might be relatively quick. Some of us introduce a new partner as a friend initially until things progress further. There’s no right or wrong way to do this so long as we are considering the impact on our kids and protecting them from disappointment as best as we can. If the other parent is in the picture then it’s always good to involve them in the decision, or at least inform them what’s happening so they can support the kids if they have any questions or concerns. Whenever you do take the plunge and introduce them, don’t forget to reassure them of the obvious; you still love them, your new partner doesn’t replace them, and that whatever happens you’ll always be there for them. And of course, take time to talk to your partner about the children so you’re on the same page with how involved, or not, they are going to be in the kids’ lives. 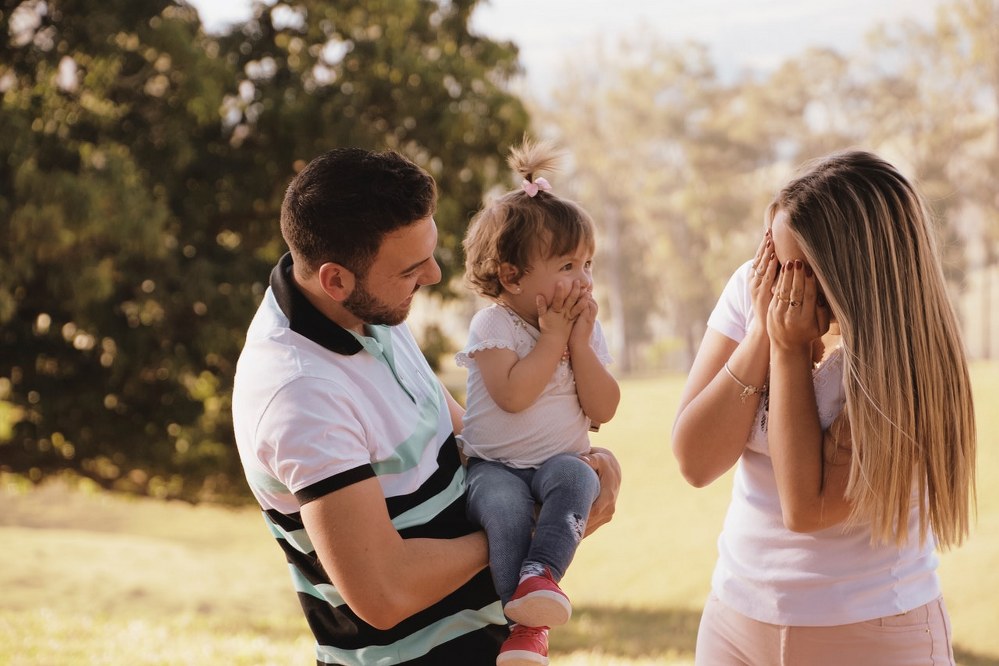 Ellamental Mama is a 30-something single mum to two young boys. She writes a raw, honest and sometimes funny account of single parenting at Ellamental Mama. You can keep up with her stories by subscribing online, liking her facebook page or following her on twitter at @EllamentalMama